Did you see Garland’s face during his recent press release regarding the raid on Mar-a-Lago? He looked (and sounded) as though he was forcing his words while defending the actions of the DOJ and FBI. His feigned sincerity about holding firm to the concept of equal application of the law was on full display. I don’t think there’s a rational human being over the age of twenty-one that believed him (including Merrick). But for those who still don’t get it, here are two names not being treated equally under the law, Hillary Clinton and Hunter Biden. The DOJ, along with the FBI, have more than enough evidence to pursue indictments yet nary a prosecution exists … There’s some stupid.

Back to the mannerisms of Garland during the Mar-a-Lago raid presser, he didn’t look like a man uncomfortable with lying to the American public. No. He’s perfectly comfortable with lying. He also didn’t look to me like a man upset about the failure of the DOJ or FBI. Political bureaucrats like Merrick make a career out of failure (see anything Joseph Robinette Biden, Jr.).

To me, Merrick Garland has the unmistakable look of a man who considers himself one of the smartest men in the room, a sophisticated aristocrat, and a man who just got publically duped … I see some more stupid here.

President Trump lacks sophistication, an aristocratic pedigree, and a vocabulary that makes him sound smart. For average Americans, these are refreshing qualities that the Deep State finds repugnant. Trump isn’t the type to spend his evening sipping martinis on 5th Avenue while debating the value of Leninist/Marxism (modern communism), the new world order of ESG (Environmental Social Governance), and CRT (Critical Race Theory) in public schools. Oh, and let’s not forget your son’s right to compete in female sports.

But DJT isn’t just about talk. Keep in mind, that before President Trump ever took office, his list of accomplishments far outweighed anything Merrick Garland ever did or ever attempted to do. Need proof? Trump was, and still is, a billionaire … Not much stupid here.

That brings us to the last name on this list.

No current pictures of Raymond Pollard are available.

Raymond Pollard is a billionaire that you never heard of and probably won’t hear about again. In his world, anonymity is crucial and completely by design. Like DJT, Ray (don’t call him Raymond), lacks an aristocratic lineage, he’s only as sophisticated as his last cigar, and if he counted his money, fingers and toes wouldn’t be adequate to tally the billions.

If Ray ran for President and had four years of spectacular service, while at the same time withstanding the onslaught of attacks from the political establishment, he too would know that his reelection loss was due to cheating. The people he’d have to defeat in the future play by no rules, or they change the rules as they see fit.

But if life has taught Ray anything, it’s this. When people in power get away with abusing it for too long, their hubris feeds their ineptitude.

Ray in Trump’s shoes, the raid …

The National Archive Investigators (FBI) just left Ray’s Florida mansion after doing a preliminary investigation. They were looking for classified documents that may have inadvertently made their way to a secured storage area on the premises. Documents were found, and a request was made by investigators to increase the storage security with a simple padlock. The entire estate has more security than Fort Knox, but the investigators thought it necessary to add a padlock. There were NO classified or important documents immediately seized.

WWRD (what would Ray do)

Ray would comply and install the lock. But then, he’d ask himself a simplistic, streetwise question involving a juxtaposed point of view.  Why would I do what just happened here and what would I really be looking for? Having correctly determined the answers to the two-part question, Ray would give the deep state swamp things precisely what they weren’t after.  And he would give it to them at a time of his choosing.

An inappropriate leak from an anonymous source, and the DOJ signs a bogus warrant. The FBI armed with a broad, overreaching search warrant (warrants are supposed to be specific), raid a former President’s home. Ray isn’t even there when the raid happens, but that was by design too.

More than a week after the raid and nothing of substance is leaked. What does that tell you? What are the odds that just like Russia collusion, the democrats came up empty?

Now you know why Merrick Garland looked and sounded the way he did during the press conference.

And why Joe Biden had his most productive week ever as president and all anyone talks about is Mar-a-Lago.

And by the way, where’s Christopher Wray, Director of the FBI? Not a word about any of this from the Director himself. Is he setting Merrick up to take the fall?

PS – If you think the FBI is out of control, just wait until an armed IRS agent knocks on your door.

One thought on “President Trump, Merrick Garland, and Ray Pollard” 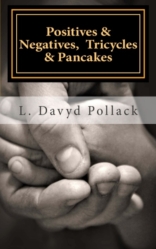 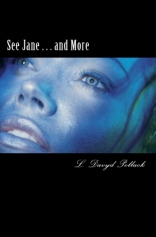 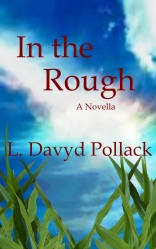 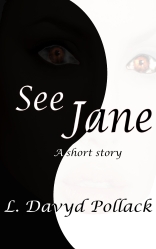